When the NASCAR Whelen Modified Tour season takes the green flag on Thursday, April 8 at Martinsville Speedway, there will be a mix of tour champions, rising stars and current NASCAR Cup Series regulars in the field. And although the Cup drivers may steal the hype because of their participation, the race marks the start of a 14-race season that will find drivers chasing Justin Bonsignore in the race for the championship.

Bonsignore looks to become just the fifth driver in the history of the Whelen Modified Tour to accomplish titles in back-to-back years, with a list of challengers trying to run him down. Since his connection with Ryan Stone, a former JR Motorsports employee and new Kenneth Massa Motorsports crew chief in 2018, Bonsignore has been nearly unstoppable. In his most recent 41 starts, the Holtsville, New York, native has 17 wins and 37 top-10 finishes. There is no doubt he is the favorite heading into 2021, with the same team coming back and momentum on his side.

Who are the top four drivers who have the best chance to knock Bonsignore off the top? Let’s find out below as we preview the 2021 NASCAR Whelen Modified Tour season.

Six-time needs no introduction, but let’s give you one anyway.

The Milford, Connecticut, native, who is a Real Estate agent by trade, enters his second full-time season as car owner of Doug Coby Racing. After team owner Mike Smeriglio retired in 2019, Coby scrambled to put the pieces together, debut his new team in a COVID-shortened year in 2020 and has the experience it will take to get back to the top. Coby won his first championship in 2012, four straight from 2014-2017 and another in 2019. Even though 2020 included just one victory, watch for Coby to rebound this season.

Eight of the last nine Whelen Modified Tour championships have been won by either Bonsignore and Coby. It’s hard to bet against either of them.

But will Coby actually have enough to knock Bonsignore off the top? Only time will tell.

Even though Ron Silk won the NASCAR Whelen Modified Tour championship nearly 10 years ago, his driving ability hasn’t fallen off, and if anything, he’s as sharp as ever. Arguably, his last two years with Kevin Stuart Motorsports have been two of the best of his career.

In his 25 most recent starts, Silk has five wins, 15 top-five finishes and 19 top-10s. He finished the 2020 season with five consecutive podium finishes, including two wins.

“Justin and his team are definitely very tough to beat, but over the last four or so races of last year we were probably the best car, not by a substantial amount, but right there with the No. 51 and the No. 10,” Silk told My Race News. “The results showed it. But last year is over and done with now. We have to go start off on the right foot at Martinsville.”

Silk is one driver who does have previous title experience, but with so many years in between, does it play a role now? Absolutely. Silk has not only been winning races on the tour since, but has also been a successful driver in countless Open Modified races in New England.

“Another tour championship would cement anyone’s legacy,” Silk said. “I’d love to be there at the end. The Tour is a bit different. The Tour championship is something you think about, but it’s really hard to race every week and think about the championship. You have to put your best food forward every week. It would be great for Kevin Stuart and the whole No. 85 team if we can pull it off.”

The year 2021 is going to be Jon McKennedy’s best shot if he wants to win the NASCAR Whelen Modified Tour championship.

The Chelmsford, Massachusetts, driver, who is well-known for his success in the Open Modified and ISMA Supermodified world, teamed with former NASCAR Daytona 500 winning crew chief Tommy Baldwin in 2018, and things have taken off from there.

The combination won in their first race together at Myrtle Beach Speedway, and have finished inside the top-five in 11 of 41 races since. Although they have just that one win, they are consistently one of the fastest cars at each Whelen Modified Tour race. This year, they have a chance to string finishes together to collect crucial points.

McKennedy will also be returning to the Open Modified world on a more regular basis in 2021, competing full-time with the Tri Track Open Modified Series and running events at Thompson Speedway Motorsports Park.

On the tour, he will be a threat as a potent team with Baldwin.

One of the quickest rising stars the Whelen Modified Tour has to offer, Craig Lutz can get the job done behind the wheel. But when it comes to the championship — can he have the consistency when it matters most? It’s possible.

Since his pairing with Goodie Motorsports in 2017, Lutz has grown to be one of the top contenders on the Whelen Modified Tour. With three career wins — including two in 2020 — Lutz has finished inside the top-five in the championship battle the last three years. He ended last year with a win in the World Series at Thompson Speedway, and kicked-off 2021 at New Smyrna Speedway for the World Series of Asphalt Stock Car Racing, winning once, and dominating the Richie Evans 100 before an engine failure took him out of contention.

You might not think of him as championship material — but if he can formulate a little bit more consistency — he will be a threat to Bonsignore.

The NASCAR Whelen Modified Tour season begins on Thursday, April 8, with the Virginia Is For Racing Lovers 200 at Martinsville Speedway. The race will air live on NBC Sports Gold and the “TrackPass” platform.

The 14-race 2021 schedule will bring teams to six different states. 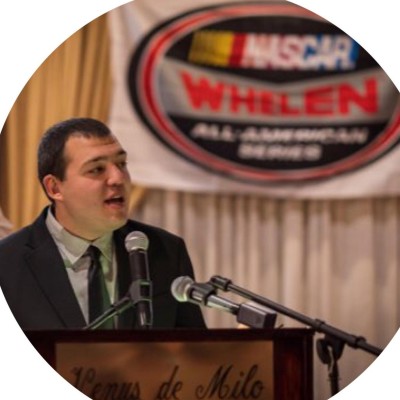 Sun Apr 4 , 2021
By Rev Don Rivers One of my favorite hymns is “Because He Lives”. The song contains many reasons why we can draw on the fact that Christ is alive to encourage us, strengthen us and enable us to live. This life is not just any life but the abundant life […]